AsukaBook is proud to shine the spotlight on our customers! We love the great images these photographers capture and the high standards they set in the industry. 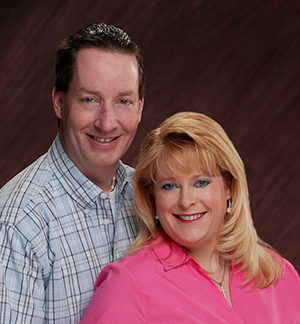 FROM SUNSET TO SUNSET


As a professional landscape photographer, I was heading home from a “typically beautiful” sunset over Lake Michigan. My radio was tuned to NPR and when I had turned my vehicle on, Sandy Puc, Co-Founder of Now I Lay Me Down To Sleep, was being interviewed. It so moved me that when I arrived home, I checked the NILMDTS website and discovered that no one was covering my region of Northwest Lower Michigan.

I created a portfolio of friend’s newborns, submitted it, and was approved. About six weeks passed without a call for a session. On April 21, 2010, the first call came. Lena Hammond, RTS (Resolve Through Sharing) Coordinator with Munson Hospital, called me after offering my services to Aaron and Courtney, who had just lost one of their identical twin girls, Kennedy, earlier that morning. Their other daughter, Karly, was in the Neonatal Intensive Care Unit (NICU), but was doing pretty well. The moment I hung up the phone with the hospital, I started to question my talents; perhaps because I just didn’t know what to expect with this first shoot.

On the 45 minute drive to the hospital, I developed a strategy: Go into the room, emotionally separate myself from the situation, take the best photos I can, and leave. Pushing through the patient room door however, I found myself in the midst of a heartbroken family. I introduced myself, as Courtney simultaneously asked, “Before you get started, how long have you been doing this work?” Cautious laughter filled the room as I responded, “Honestly, this is my first session.” I shared the story about how I learned about NILMDTS and reassured them that I would do my best.

Courtney recalled, “I wasn’t sure I wanted someone to come take pictures of my baby. My mind went to a vision of a Sears Portrait Studio. Who is this person that is going to be handling my baby? What kind of person does this work? They will likely be professional, cold, and without emotion. The nurses had taken some photos, but they were harsh and vivid. Lena assured us that the photographer would take “keepsake” photos.”

In those few moments that I was in the room, I was immediately drawn into the love and shared grief of the parents and Courtney’s mom and dad. So much for emotional separation! A nurse led me across the hall and I spent time shooting pictures of Kennedy. I then took images of Kennedy with her parents before moving her bassinet into the NICU, to capture pictures of the twins and the entire family together. I returned to the patient room, packed my gear, and hugged the family I had, in a very special way, just become a part of.

When I arrived home, my wife greeted me at the door. “How are you?” she asked. I responded, “I’m ok.” Spouses know what “I’m ok” means. It means, “I’m not ok.” I told her that I was going to go for a hike and process the day’s emotions. Finding a nice composition along one of my favorite beaches, I set up my tripod and awaited the sunset. Looking out at the Manitou Islands, I recalled the old Native American fable about the islands and the Sleeping Bear Dunes.

In order to escape a raging Wisconsin forest fire, a mother bear and her two cubs took to the waters of Lake Michigan. Unfortunately, the waves were large, the winds strong, and the distance too great. The cubs fell behind as the mother reached the Michigan shoreline. She climbed the dune, only to spot her two young babies, succumbing to the depths of this Great Lake. The spirit of the Manitou covered the young ones with sand, creating the Manitou Islands, and then covered the heartbroken mother bear, creating the point of the Sleeping Bear Dunes.

A couple days later, I shared the sunset image and the fable with Courtney and Aaron, as well as a few images of Kennedy. The family found healing in the sunset image and it became known as “Kennedy’s Sunset”. Friends showed their love and support to the family in so many thoughtful ways. In fact, one Mackinaw City resident purchased a burial plot for Kennedy, with a view of the majestic Mackinaw Bridge. Courtney’s mom found a company that could create a full color headstone. You can imagine how honored I was to learn that “Kennedy’s Sunset” would be reproduced in breathtaking detail.

Some of Kennedy’s images are in a book that Courtney’s mom had printed, celebrating the early lives of the beautiful twin sisters. Karly, now 4, often shares the book with people who visit. “We think it is important for Karly to know that she and Kennedy were together. We can see the pride that Karly shows over the photos of her sister. We strive to make sure that Kennedy’s death is not a tragedy for Karly”, Courtney emphasized. In fact, Karly finds it strange that her friends don’t have siblings that have passed.

The healing process for Aaron’s parents was even more dependent upon my images. Since Courtney delivered early, they were on a cruise when the twins were born. Despite the Coast Guard’s best efforts, they still were unable to get home until the day before the funeral. They had to “hold” her through the images I had provided to them. Today, many family members have their own collection of Kennedy images.

Typically, cemetery visits are not solemn occasions for their family and friends. In fact, they intentionally created a park-like setting at Kennedy’s grave. A beautiful wood bench, engraved with Kennedy’s full name, provides the perfect vantage point for Mackinaw Bridge views. “We wanted it to be a happy place with a “light” atmosphere; a place where we could have ice cream together”, Aaron shared. And it is perfect.

Courtney was very interested in sharing this story because she “wants to honor the people who do this work”. She told me “having you there at the hospital was so raw, so real, and so intimate. It felt so natural. The person behind the camera is so important to the overall experience. And you were completely opposite of the person I feared would be coming to take pictures of my baby. You have touched our lives more than we can ever express. We are forever grateful to you and this amazing organization.” I am so grateful to be a part of NILMDTS. Honestly, I am not sure who benefits more from the remembrance sessions…the parents, or me. Using a talent I was given, to provide healing to others, just feels right in my heart. Admittedly, every session is unique and people grieve in different ways, I just feel blessed to have had such a special first experience, and I am thankful to be a part of lives of this family.